ALRUD Law Firm triumphed at the 2013 Chambers Europe Awards ceremony in London on 25 April by receiving the national award for Russia. ALRUD was selected for the award among a total of six shortlisted law firms in Russia.

Chambers Europe Awards for Excellence is one of the most important professional recognitions. The award honors outstanding law firms on the basis of independent research carried out for Chambers Europe, a leading research firm and publisher of legal directories.

The Chambers Europe comments on ALRUD’s success: “This independent Russian firm is a dominant figure in competition and antitrust law, and is also highly recommended for Corporate/M&A and Dispute resolution. ALRUD is regularly instructed by big-name international and domestic clients, it is a popular choice for referral work for leading international firms without a presence in Russia.” 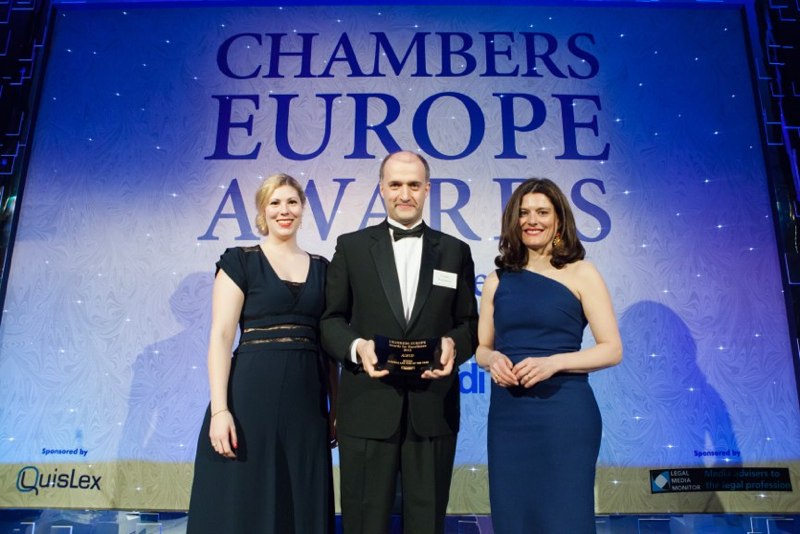 This is the third award received by ALRUD Law firm from Chambers and Partners since the first year of the awards in 2008. ALRUD was named the best national law firm in 2010. In 2011 the firm was presented with the Chambers Europe Client Service Award.