ALRUD team is experienced in advising high net worth clients on various issues related to structuring and protecting family and business assets and settling family relations. In solving these issues we rely on international experience, having the Russian legislation issues as our priority. In order to provide our clients with the widest range of services we maintain relations with law firms, investment advisors, banks and family offices from all over the world.

Acted as a joint expert under Russian law, appointed by the High Court of Justice

of one of the major players on the Russian and CIS logistics market during the Russian and cross-border business restructuring with the ultimate aim to establish a fully tax transparent holding structure compliant with the de-offshorization policy of the Russian Federation and protecting the HNW’s assets.

Represented and advised a wife of a Russian, English and the US HNWI, the owner of the media company in the USA

Structured the inheritance process of a Russian high-net-worth businessman

and drafted wills, in respect of his business assets and other property, in favour of the partners and the members of the client’s family.

on a potential acquisition of historical property, located in France, consulted on various options for structuring the transaction and potential risks related to the purchase.

Conducted an audit of the UHNWI family’s

compliance status from the perspective of Russian tax and currency control regulations (totaling more than 70 personal accounts for all family members in more than 10 banks and participation in 20 controlled foreign companies and structures).

Advised a client, a Russian resident and a crypto currency fund investor

on the main risks arising out of participation in a cryptocurrency fund established in offshore jurisdiction and involving investments into the cryptocurrencies and tokens (including pre-ICO’s) of technology companies.

who owns an offshore company holding UK real estate, on the restructuring of the ownership structure and transferring real estate into direct possession, without tax consequences either in Russia and UK, the so-called “tax-free liquidation” mechanism.

Prepared an opinion letter with respect to the inheritance of assets

owned by the deceased, by his surviving wife and three minor children. Neither the deceased, nor his family had Russian citizenship and none of them were tax residents in Russia. The assets of the deceased were located in several countries, with real estate in Russia and several other locations.

Advised a client, a Russian citizen residing in the UK

regarding enforceability in Russia of the settlement agreement between the spouses drafted by English lawyers. The subject of the agreement was division the property between spouses, financial maintenance of the client and the children, estate planning issues if any parties dies before execution of obligations / realization of rights and some non-proprietary matters.

Prepared the memorandum for the married client, being a resident of the United Kingdom

who owns real estate objects all over the world, and structured his estate, including by establishing trusts. The memorandum concerns the impact of Russian law on the inheritance of real estate in Russia, discretionary trust structures established outside Russia, holding real estate outside of Russia and relevant tax issues.

as trustee of the structure settled by a Russian tax resident a long time ago, on the matter connected with the special regulations on the tax incentives applicable to the proceeds received from the trust.

The Chambers High Net Worth Team has published its rating of law firms and consultants in the field of private capital management. ALRUD confidently c... 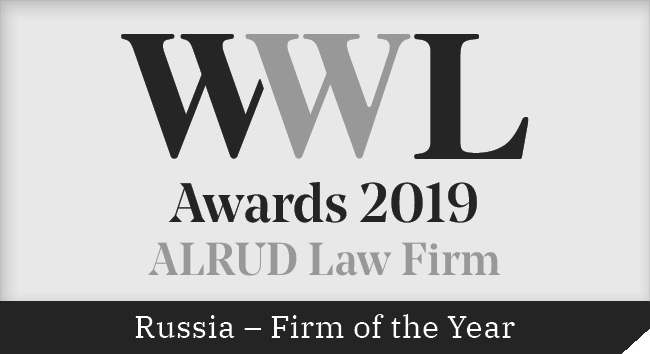 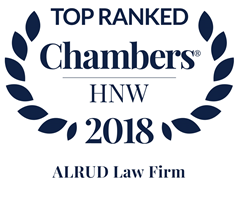 ALRUD Senior Partner Maxim Alekseyev has been listed again in The Private Client Global Elite 2018 rating. The research has been held by Legal Week ma...